A total of R20.13 billion is to be invested in South Africa by the Ford Motor Company and its suppliers for the production of the new Ranger and a bakkie for Volkswagen at Ford’s assembly plant in Silverton in Pretoria and the adjacent Tshwane Automotive Special Economic Zone (SEZ).

Andrea Cavallaro, director of operations at Ford’s International Markets Group, said the investment will create 1 200 jobs at the Silverton plant to increase Ford’s workforce to 5 500 at the plant and add a further 10 000 jobs to the already 50 000 jobs across Ford’s local supply network.

Cavallaro said Ford is investing a further $1.05 billion or R15.8 billion into its South African operations as it defines an exciting new era for Ford in South Africa. 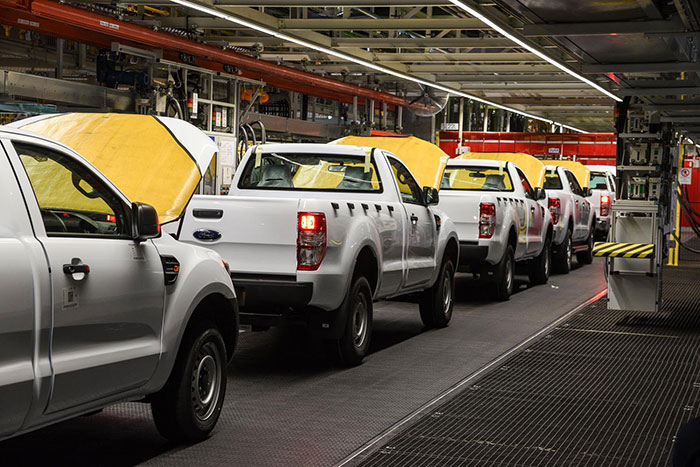 “It’s the biggest investment in Ford’s 97-year history in South Africa and one of the largest ever in the local automotive industry and represents Ford’s firm and ongoing commitment to South Africa and its people.”

“With this investment, Ford is expected to generate revenues exceeding 1.1% of South Africa’s GDP, further entrenching the automotive industry as one of the country’s key manufacturing sectors,” he said.

Cavallaro said this investment “ticks off” another 1% in President Cyril Ramaphosa’s drive announced in 2018 to attract $100 billion in investment into South Africa within five years.

Cavallaro said $686 million or R10.3 billion of the investment provides for extensive upgrades to the assembly plant in Silverton, including increases in the plant’s installed capacity from about 168 000 to 200 000 vehicles a year and to drive significant improvements in production efficiency and vehicle quality.

A further $365 million or R5.5 billion investment by Ford in tooling at its major supply factories and investments of R4.33 billion by 12 automotive component suppliers, including existing and new suppliers in the country dedicated to producing components for the new Ranger and Volkswagen Amarok product, in facilities and to set up their businesses adjacent to the Silverton plant.