“Volkswagen Group South Africa will ramp up production of the new Polo at the Uitenhage plant by the third quarter of the year,” said MD and chairperson Thomas Schäfer in a recent news report.

Production of the first confirmation models have already started. Most of the major installations were completed over the Christmas shutdown, with the last work due to have taken place over the Easter period in April. The Uitenhage plant will also produce a second new model, and possibly a third.

“The platform [to be used at the plant] is good for variants from pick-ups to sports-utility vehicles. A third model remains possible,” said Schäfer. He declined, however, to name the models to be assembled in addition to the new Polo. 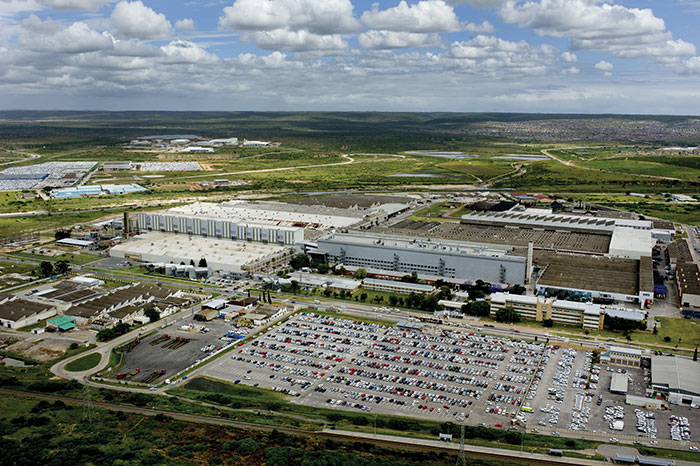 An aerial view of the VWSA plant in Uitenhage

The Uitenhage plant currently produces the existing Polo model, as well as the Polo Vivo. The Polo Vivo is a revised version of the previous generation Polo, offered at a lower price point.

The plant will move from a two-shift, five-day operation to a three-shift, 24-hour, five-day operation. The two assembly lines used currently will be merged into one. Around 60% of the volume will be exported to markets outside Africa. Employment at the plant may increase by between 300 and 500 people.

“We think we will reach the 180 000 unit capacity at the plant,” says Schäfer. The Uitenhage plant produced 123 000 units last year, with the Polo and Polo Vivo South Africa’s most popular passenger cars.

VWSA recently celebrated the manufacturing of its 1.25 millionth Polo. The milestone also marked 21 years of the production of Polo in South Africa.

As part of Volkswagen’s Africa strategy, the first Polo Vivos were assembled and sold in Kenya, from kits supplied from Uitenhage, this year. Output will be around 1 000 units – in a new-car market of 3 000 units.