Hypertherm, a manufacturer of plasma, laser and waterjet cutting systems, has announced the introduction of the Powermax30® AIR, a new portable air plasma system and internal compressor in one.

With the built in compressor and the ability to operate on both 120 or 240 volt lines, the Powermax30 AIR is a highly versatile system that enables metal cutting just about anywhere. Weighing only 13.5 kg the Powermax30 AIR provides 30 amps of output giving it the highest power to weight ratio of any system in its class.

“Hypertherm is setting new performance and portability standards with this new model,” explains Harry Mellott, a Hypertherm Powermax specialist. “With a recommended cut capacity of 8mm and a severance capacity of 16mm, the system can easily and quickly cut a variety of metal types and thicknesses making it a great entry level cutting tool for a variety of professions, as well as home users.” 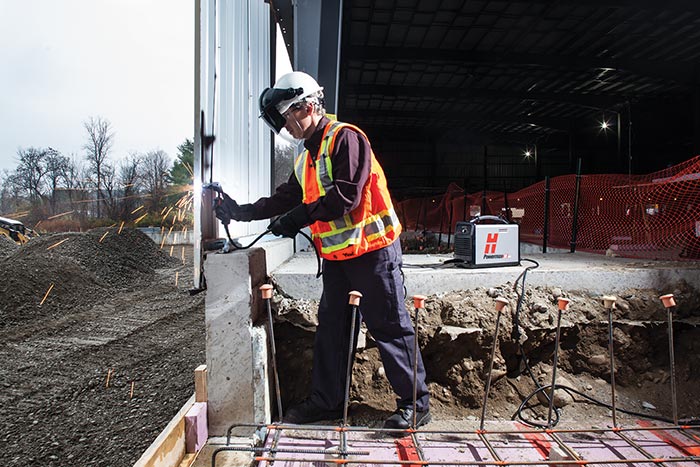 This high power to weight ratio is due in part to several engineering advances including an all -new patent-pending consumable design that optimizes air flow from the compact internal compressor. This design directly contributes to the efficiency of the system and delivers consistent cut performance.

Hypertherm expands patented True Hole technology to include more thickness, amperage and consumable options
For the first time, customers can use the True Hole process to cut 8 mm mild steel at 80 amps, in addition to the existing 130 amp power level. Though cutting at 80 amps is slower, this slower speed could benefit customers who have tables with lower acceleration capabilities. It provides more options based on application needs. 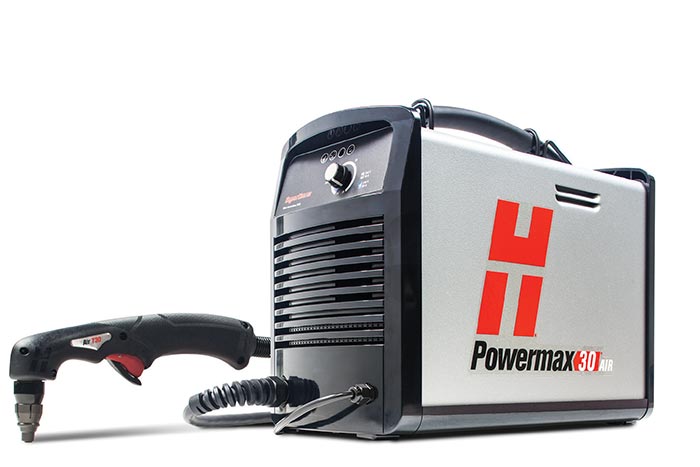 Hypertherm’s patented True Hole technology greatly improves the capability of HyDefinition® plasma to cut high quality, bolt ready holes. The technology uses a specific combination of cutting parameters optimized for mild steel applications. The end result, demonstrated in both internal and customer testing, shows an up to 50 percent improvement in the shape of the hole. At the same time, taper and dings are virtually eliminated on holes with an equal diameter to thickness ratio.

“The introduction of True Hole technology more than 5 years ago, along with True Bevel® technology, significantly simplified production for many of our customers by allowing them to create bolt-ready holes and beveled edges in one step,” explained Phillip Parker, product manager for Hypertherm’s Mechanized Plasma team. “Though other plasma manufacturers claim to offer True Hole technology, in fact the technology remains a patented process in which Hypertherm continues to invest.” 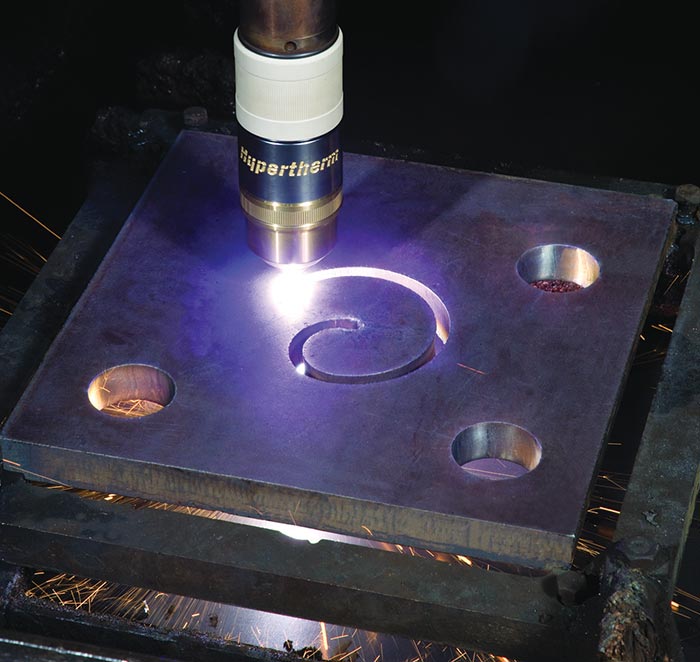 The Powermax30 AIR, like all Hypertherm Powermax systems, is rugged and reliable with Hypertherm CertifiedTM reliability to perform in the most demanding environments. It is available from authorized Hypertherm partners around the world. To get in touch with a Hypertherm sales representative, feel free to visit the Where to Buy section on www.Hypertherm.com